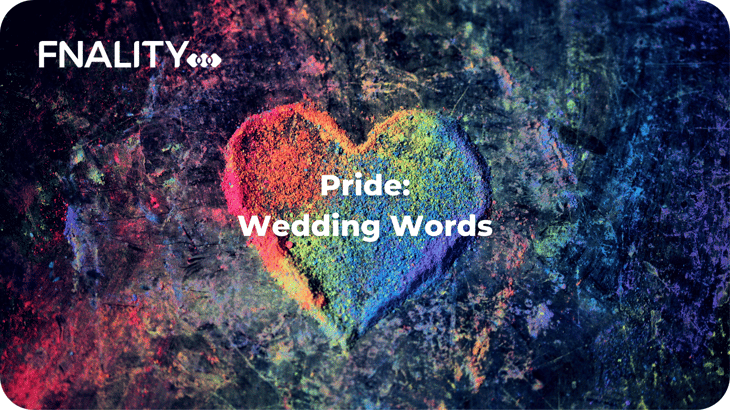 It is Pride month again: the special time of the year when the LGBTQ+ community celebrates who we are. In doing so, we also raise awareness of the discrimination and prejudice that our community struggles against, and of the continuing efforts we can all make – whether LGBTQ+ or allies – to promote equality and inclusion.

This year, I am thinking about how language affects the way we think about gender and sexuality. I am fascinated by language because all humans share the same basic needs – safety, food, shelter, love – yet the way we think and communicate usually relies on language, a human construct that reflects its user’s traditions, beliefs and experiences.

In Through the Language Glass, Guy Deutscher explains that our mother tongue does not define or limit our thought, but it does encourage or require us to think about the world in a particular way.  For example, in English, our nouns are not gendered (e.g. “neighbour” is gender neutral), whereas in French (among many other languages), if one wishes to think or talk about a neighbour, one needs to explicitly mark if the neighbour is male (voisin) or female (voisine). As an Australian who is still excited that Australia finally voted in favour of marriage equality in 2017, I got thinking about the notion and vocabulary of marriage in English and also in Chinese, my mother tongue, and the manner in which language accommodates changing societal norms.

In English, while the notion of marriage may have certain entrenched social and moral connotations (e.g. as a union between a man and a woman to the exclusion of all others, which is how marriage was defined, at least in Australian law, before the changes introduced following the marriage equality plebiscite in 2017), the verb “to marry” does not differentiate between whether the subject of the verb is a man or a woman.  So, as societal norms change as reflected in the legalisation of same sex marriage, the English language is capable of accommodating this shift. We can speak of a woman marrying another woman without a jarring sense that the verb “to marry” has somehow been semantically misused.  (Quite whether the idea of a woman marrying another woman offends the sensibilities of the speaker or listener is, of course, another matter altogether.)

The character娶 is constructed of 取 (qu), to take, in the top half and 女 (nu), woman, in the bottom half. Together, these two components in 娶 literally signify “to take a woman”.

By contrast, the character 嫁 (jia) is constructed of 女 (nu), woman, in the left half and 家 (jia), family, in the right half. These two components combined signify that for a woman to marry, she is combining herself with a family, the man’s family. To objectify the woman further, the character 给 (gei) indicates that the verb, 嫁给, is in passive voice. In other words, 嫁给literally means that the woman is given away passively to the family of the man, an object completed by the union with the man’s family!

One of my earliest childhood memories is of my dad explaining the differences between these two verbs, most likely because I used the wrong verb embarrassingly when talking about a Hong Kong TV soap at the dinner table. The sexism and heteronormativity inherent in these simple Chinese verbs didn’t dawn on me until much later.

The part of me that is very proud of my cultural roots is confronted by this realisation about the Chinese language. But perhaps the saving grace is that in modern Chinese, one can avoid the use of these traditional verbs altogether. The idea of Person A (any gender) marrying Person B (any gender) can simply be expressed as A 和 (he) B 结婚 (jiehun), literally, “A and B be in union into the sunset”. This, as a proud gay Chinese man, I can get on board with.

Gary Chu is the Legal Counsel for Fnality International