Friday Snippet: First time fatherhood in the middle of a financial revolution 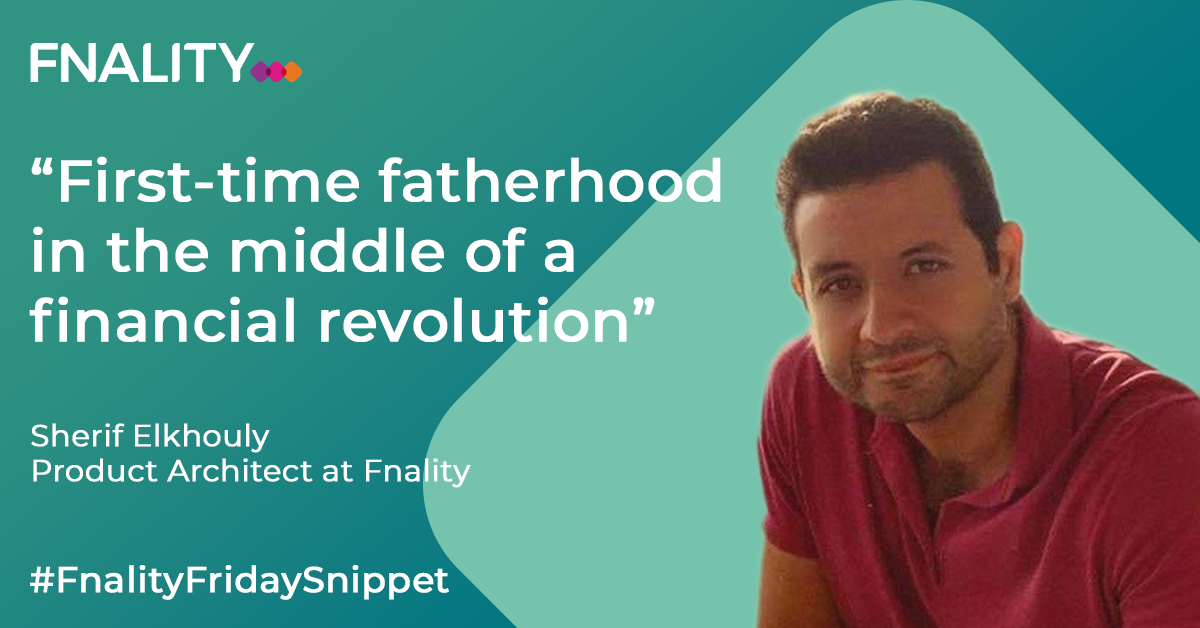 Becoming a father often becomes a conflict between your work responsibilities and family needs, however at Fnality the situation turned out to be different.

What started as a regular maternity appointment for my seven months pregnant wife at the end of March ended with a newborn baby in my arms a few days later. Some might say that we had seven months to prepare for this miraculous event but let me tell you that nothing can prepare you for the glory of that moment. No “what to expect” books, YouTube videos, motherly advice, or friends’ lessons learned can truly equip you for the unique, amazing, and totally exhausting experience of a new human life in your hands for the first time.

As much as the arrival of my baby was a surprise to me it was also a surprise to my team in Fnality. A short Slack message, “Hi Team, in an unexpected turn yesterday my wife was admitted to the hospital. I will have to take tomorrow as compassionate leave to be with her. Please feel free to text but I might reply later than usual.”, announced the unplanned beginning of a leave that lasted, not for one day as promised in my message, but for almost two months. After the first wave of supportive messages wishing my wife well and asking to keep the team informed, and despite my offer to text me, I was left to focus on my wife’s health, supporting her and our baby.

Fnality’s agile way of working allowed my colleagues, with no formal handover, to pick up my items of work efficiently and effectively from where I left them and continue progress. My long absence was not interrupted by numerous urgent emails, endless stream of messages, or signs of frustrated team members. I didn’t feel anxious or worried that my absence from the team would hold back work progress as Fnality worked to meet the imminent major milestones for the BoE and its shareholders.

As a middle-aged man, fatherhood came as an additional hat for me to wear. Fatherhood can be a great source of joy but can also be the cause of anxiety and apprehension. From the 19thcentury and throughout the 20th century, humanity has developed two things: high expectations of what constitutes good parenthood; and an increased sense of the importance of work.

The notion of balance has been envisioned as the answer to this dilemma overlooking the fact that time is the most valuable non-renewable commodity. The demands of work have not been offset by a reduction in the expectations of time a parent is supposed to devote to a child and hence balance is a myth. At Fnality, we are not trying to achieve balance but rather eliminate single-points-of-failure in our team, and in Fnality Payment System, so that when a member of our team is out-of-balance others can come forward and support. This philosophy is in the heart of our operational resiliency mantra.

My beautiful baby boy is now almost three months old. I voluntarily went back to work by splitting my paternity leave into two. As a remote-first company, I enjoy working from home and get to see my child and connect with him far more than I expected. I still feel supported by my team at Fnality as everyone understands that I have a totally new set of family commitments that require time and attention. The journey is long and just getting started for both my family and Fnality but I am definitely looking forward to each step along the way.