From the International Day of Friendship to International Asteroid Day, the United Nations’ annual celebration of human life and history aims to bring awareness and offer opportunities for learning and participation across language, health, culture, science, and more. During lockdowns around the world in the height of the Covid-19 pandemic, towns and cities appeared almost deserted overnight; once bustling streets became ghost-towns, before ‘furlough’, ‘social distancing’ and ‘Zoom calls’ were common lexicon. Whereas parts of life seemed to grind to a halt, healthcare was pushed to its limit as hospitals and morgues filled, and communities were put at risk when demand outran supply. No one can predict a pandemic, but as the population increases, climate change occurs; average warmer temperatures are on the rise. Increases in temperature have been shown to facilitate the spread of disease, and as migration to urban areas continues, these changes and their impacts have to be acknowledged. This is just part of what World Population Day aims to achieve. 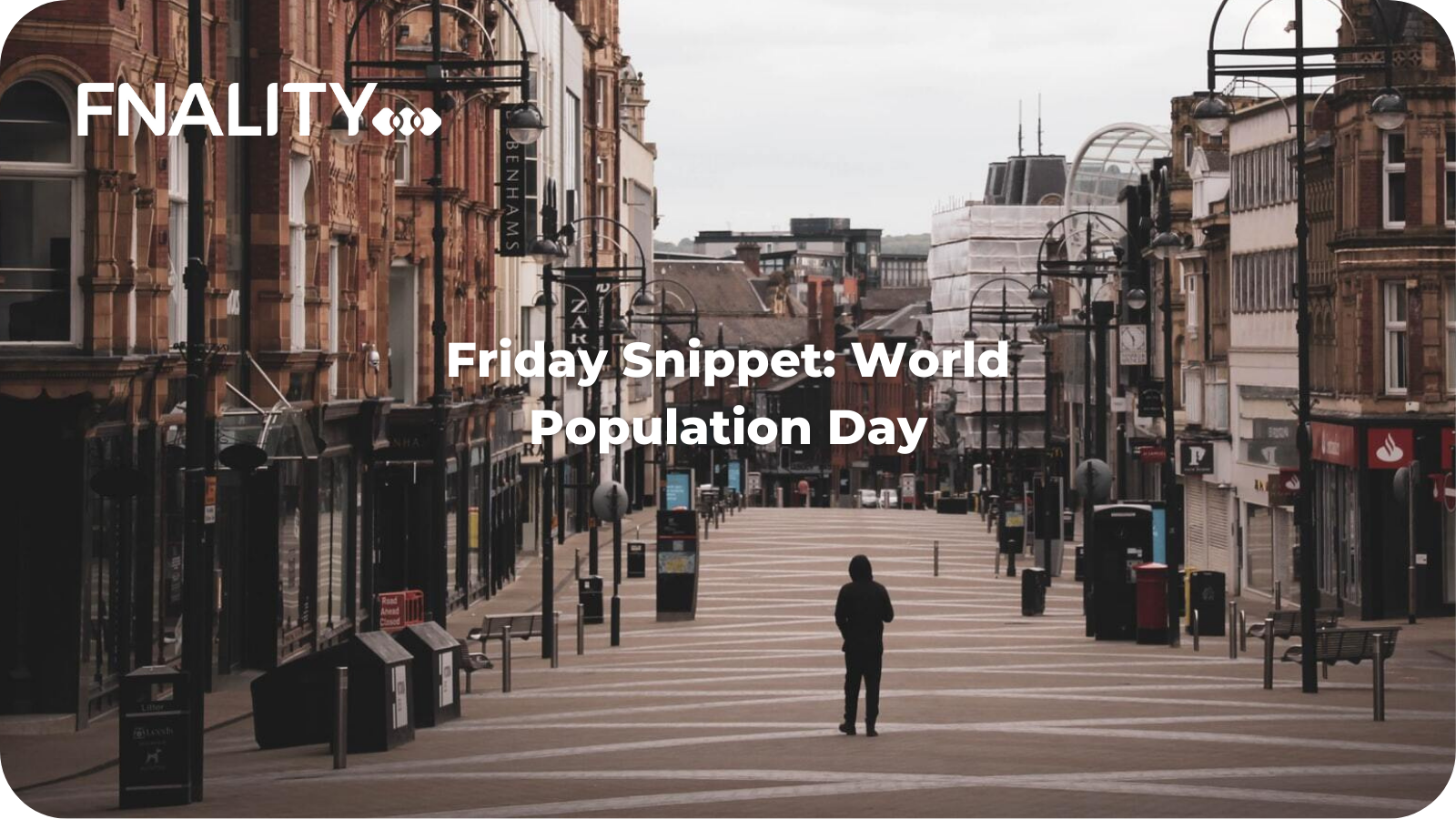 World Population Day is an annual event recognised on 11th July each year which looks to raise awareness on global population issues. The United Nations has a population dashboard which is updated annually to highlight the global population data such fertility rates, gender parity in school enrolment, life expectancy, and access to reproductive healthcare.

World Population Day does not focus on only how much the world population has increased, but also on other social variables such as laws in countries that dictate access to family planning and access to safe reproductive healthcare.

As it stands, the current world population number is around 7.7 billion and projected to reach 8.5 billion by 2030. Remarkably, to put that in perspective, it took well over 1 million years for the human population to break 1 billion, then in just 200 years to reach the milestone of 7 billion in 2011. Amongst other factors, an increase in average life expectancy and decrease in child mortality rates have contributed to this population boom.

So how do these figures impact the world? They affect economic development such as income and employment distribution. They also affect peoples’ access to housing, water, food, sanitation, and education. For example, even with more children surviving into adulthood, that does not necessarily mean that education levels increase overall. Today, girls are still denied the same opportunities for education as their male counterparts around the world.

Additionally, whereas one might assume that more people in a country will lead to more jobs, ergo, increased economic development, in some cases industries may take advantage of the competitive job market in Less Economically Developed Countries by outsourcing and opening sweatshops with unsafe working conditions and low pay, in some cases contributing to child labour. With saturated job markets and low education levels, this may be people’s only option.

To address the needs of a growing population, world leaders and policy makers must take into consideration how quickly the human race is growing and how to sustainably address its impacts whilst honouring the human rights of the individual.

How the world population impacts people varies differently between those living in more, and less, economically developed countries. When not facing difficulty in life due to population issues, it can be hard to see how one can observe World Population Day or make an impact. Learning and sharing knowledge with others is a great way to start; seminars and workshops are held globally, and the message of what the day aims to achieve is spread using the #worldpopulationday hashtag. Donating, if possible, time or money to non-profits, who help those facing the consequences of population change, is an active way to engage with charities who help on social, economic, and environmental. On a more local level, donating to homelessness charities, advocating for safe and available access to family planning, and buying ethically sourced and created products can all make a difference.