Payment Systems and the Role of Central Banks 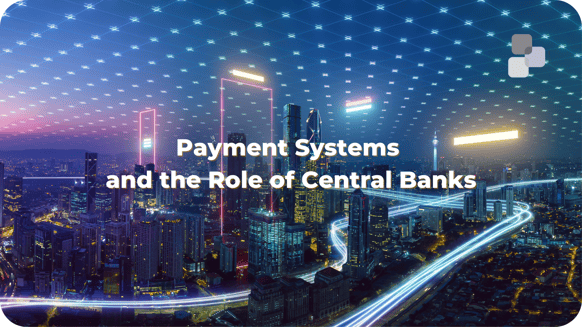 Financial institutions have a choice of channels through which they settle their payment obligations. Often, private sector and central bank operated payment systems compete to attract payment business from banks. Central bank policies play a crucial role shaping the competitive payment landscape. The advent of new technologies like distributed ledger technology will only reinforce this role.

First, as operators they each own and operate the payment system that is used to implement the monetary policy of their jurisdiction or currency area, referred to as Real-Time Gross Settlement (RTGS) systems.

Second, as overseers they seek to ensure the safety and soundness of important payment systems, including their own RTGS systems.1

Third, as catalysts they foster innovation in the payments space ranging from payment instruments to payment systems. Central banks may have a comparative advantage in these areas, but none of these roles need necessarily be assumed by central banks. The RTGS system could be owned and operated by the private sector (like in Switzerland). Oversight could be performed by another governmental entity (like the Payment System Regulator (PSR) in the United Kingdom). The same applies to the catalyst function.

The choice of settlement asset in a payment system or settlement system - particularly in a system handling large values or interbank transactions - is important because of the exposures that can arise between the settlement institution and the participants in the system and because of the crucial operational role the settlement institution plays in the system. It is thus not surprising that, from a financial stability perspective, competent regulators have a clear preference for central bank money to be used as the settlement asset in Financial Market Infrastructures (FMIs). Principle 9 of the CPMI-IOSCO Principles for FMIs states that “An FMI should conduct its money settlements in central bank money where practical and available. If central bank money is not used, an FMI should minimise and strictly control the credit and liquidity risk arising from the use of commercial bank money.”

The concurrent roles of central banks as operators and as overseers of payment systems may raise potential issues. The central bank acts as overseer of its own payment system (the RTGS system) while also overseeing private sector payment systems that may compete with that RTGS system. Such potential conflicts of interest would appear to be unique to payment systems. In banking supervision, for instance, such tensions don’t exist as supervisors don’t compete with banks in the provision of banking services to households and firms. Central banks are clearly aware that potential conflicts of interests must be avoided through sound internal governance and policies.

Particularly in larger economies, private sector and public sector payment systems often co-exist. The regulatory requirements explicitly include the need to provide a level playing field for all systems (the so-called “equal treatment” principle). An example of this kind of co-existence in the euro area is Target2 (central bank owned) and Euro1 (private sector owned). In the United States there are two main large value systems, Fedwire (central bank owned) and CHIPS (private sector owned). The main difference between these public sector and private sector systems is typically the larger range of participating financial institutions in the publicly run RTGS systems than in Euro1 and CHIPS. These private sector systems have emerged not least due to efficiency gains of settlement systems for financial institutions with large bilateral settlement obligations. But obviously, they also increase operational resilience for participating financial institutions and reduce overall systemic risk by serving as alternatives to RTGS systems (and vice versa).

Recently, we have witnessed the launch of new innovative private sector systems driven by market demand for “instant” payment solutions, such as RT1 in the euro area and RTP in the United States. Moreover, other private sector initiatives like Fnality Global Payments (FnGP)2 are in the process of applying for account access at major central banks. In line with their role as catalysts, central banks see merit in such competition among FMIs. “Competition can be an important mechanism for promoting efficiency. Where there is effective competition and participants have meaningful choices among FMIs, such competition may help to ensure that FMIs are efficient” (CPMI-IOSCO PFMI Principle 21).

When considering applications of new innovative large value payment systems, central banks should continue to apply their time-tested criteria which have financial stability as well as competitive and technological neutrality at their core. Similarly, we believe it is worth carefully examining any possible presumption that new payment systems will lead to less efficient settlement processes due to increased fragmentation of liquidity.

Fragmentation of liquidity is an issue if liquidity is “trapped” in many locations and cannot be moved quickly and at all times from one location to another. This can lead to inefficiently high and costly holdings of liquidity for financial institutions. In new, interlinked large value payment systems like those of FnGP that operate on a 24/7, real-time basis, this no longer the case. Funds, including in foreign currency, can move instantly and essentially without friction among participants located in different jurisdictions. In FnGP where settlement balances are pre-funded with through central bank accounts, transfers to and from the RTGS system can be made in real-time during opening hours of the respective RTGS system. Instead of trapping liquidity, the introduction of FnGP can help make liquidity fragmentation a thing of the past.

Moreover, consumer choice should be left to consumers. Financial institutions are best placed to decide which payment systems are best suited to their needs. They are well aware that any liquidity held for settlement purposes is costly. Thus, they are incentivised to allocate it efficiently across the various types of settlement arrangements. In particular, internationally active institutions calculate the costs of settlement balances in a holistic manner. This doesn’t just include the costs of their account balances at the central bank; it also includes the costs (and risks) of holding deposits with correspondent banks and other settlement institutions.

1 These two roles are reflected, for instance, by the Statute of the European Central Bank (ECB): "The ECB and national central banks may provide facilities, and the ECB may make regulations, to ensure efficient and sound clearing and payment systems within the Community and with other countries."

2 The Fnality Global Payments initiative is driven and funded by a group of 15 global financial institutions that share a collective vision of the significant benefits of interlinking Fnality Payment Systems (FnPS) in key currencies.