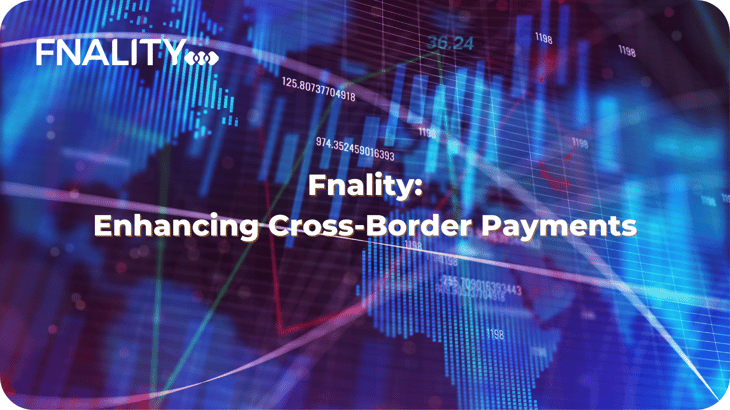 In 2020, the G20 made enhancing cross-border payments a priority during the Saudi Arabian Presidency. The Financial Stability Board (“FSB”) was asked to develop a three stage process during the year, which resulted in five focus areas and a set of 19 building blocks in July, and a roadmap in October to enhance cross-border payments over the next few years.

The first two focus areas, commitment to a joint vision and coordinated oversight, are concerned with aligning the objectives and direction of all relevant public and private sector actors with an interest in cross border payments. The third and fourth focus areas relate to the mechanics of making payments: area three is concerned with improving existing payments infrastructure, while area four is concerned with improving clearing by harmonising messaging data practices and quality. The fifth focus area promises to consider the potential role of new payment infrastructures and arrangements.

Fnality Global Payments (“FnGP” or “Fnality”) is an initiative focused on improving cross-border payments (i.e. focus area three) and does this by introducing new linked Fnality Payments Systems (“FnPSs”) in each currency jurisdiction (i.e. focus area five). This note explores four building blocks, 9, 11, 13, and 17, to which we believe FnGP will substantially contribute.

The Bank of England (“BoE”), Bank of Canada (“BoC”), and Monetary Authority of Singapore (“MAS”) published a report in 2018 (“Combined Central Bank report”) outlining three potential models that could be adopted to reduce the frictions in cross-border payments. Two models keep the basic structure of correspondent banking today. The third model envisions three different implementations of Wholesale Central Bank Digital Currency (“W-CBDC”). The Fnality model is a variant of the third, W-CBDC-like model.

The distinguishing feature of the Fnality model is the removal of the need for intermediaries, i.e. wholesale payments are settled on a peer to peer basis. Each FnPS achieves this goal without the need to create a new form of money or token. While not a W-CBDC, FnPS will achieve many of its potential benefits in the same way that existing private sector payment systems, such as EURO1 and CHIPS, achieves many of the benefits of central bank run payment systems such as TARGET2 and Fedwire. FnGP seeks to enable, at the minimum, the same institutions that may settle payments in central bank money today to access and use FnPSs to make payments to each other. Each FnPS is also designed to be technically and legally interoperable with each other FnPS to settle FX transactions for participants on a payment versus payment (“PvP”) basis.1 A fuller description of the mechanics of FnPS can be found here. The Combined Central Bank report notes that broader access policies are required to fully realise the benefits of such a model. We would agree and note that the full benefits of FnGP are premised upon participation by a wide range of wholesale institutions in the end state.

At present, despite the indisputable success of CLS, most FX transactions are still settled on a non-PvP basis, thereby retaining significant settlement risk within the global financial system. As the FSB points out, increasing adoption of PvP settlement will increase the robustness and resilience of the cross-border payments ecosystem. Fnality will facilitate increased adoption in three ways.

Second, if a FnPS is established in each of multiple jurisdictions, including those not currently serviced by CLS, FnGP could enable a much wider reach for PvP settlements than is possible today. Since the relationship between each pair of FnPSs is bilateral, by using the Fnality model, we envisage that a greater number of currency pairs could find a suitable legal basis for settlement finality than is available today.

Finally, each FnPS is a private payment system that is funded by, and operated for the benefit of, its participants on a member mutual basis. Membership and associated fees could provide a benchmark for regulatory authorities and financial institutions to assess the implicit costs of non-PvP settlements.

There are two ways that FnGP will achieve the outcome of this building block: the first requires only the private sector and functioning liquidity markets; the second also involves the participation of central banks.

The FX spot transaction can be used when there is a need for a net increase in foreign payments funding. This is typically the case to enable foreign currency payments during the day (intraday). An FX forward type structure essentially allows domestic liquidity to be used as collateral for foreign payments; this can be particularly useful if it is known that the day’s payments will net to zero. FX forwards are likely not the only collateral structure that can provide this functionality.

The outcome of this building block can be further enhanced with the involvement of the public sector. Central banks could become participants in each FnPS and effectively act as “super-correspondents”, another model described in the Combined Central Bank report. Banks could then enter into FX swaps with the relevant central banks as counterparty. This would be a straightforward way for central banks to achieve an outcome that is substantially equivalent to being a member of each other’s RTGS and would, in our view, be a natural extension to the functioning of standing swap lines already in place.

Cross-border payments through the traditional correspondent banking model often involve long transaction chains that lead to fragmented and truncated data standards, costs of capital (from intraday and overnight credit exposures) and weak competition, all of which negatively affect payment speed, cost and transparency. Linking domestic payment systems would reduce the need for these long chains.

A noted earlier, FnGP is designed to be a set of domestic payment systems that may link with each other and be fully interoperable on a technical and legal basis. FnGP could be used as a model for how other payment systems, such as RTGSs, could be linked together, or could simply be enabled in multiple jurisdictions to provide such linkages directly.

The FSB recognises that new multilateral payment platforms could offer alternatives to existing mechanisms to transmit cross-border payments and have the potential to make processing and settlement more efficient. While the benefits of FnGP have been described elsewhere, a key factor is that it is a market initiative driven and funded by market participants to make wholesale settlement safer and more efficient. Given this motivation, and the member mutual ownership model, FnGP should serve as a benchmark for assessing other potential multilateral systems.

Fnality Global Payments will make a substantial contribution to the improvement of cross-border payments. While Fnality is not aimed at improving frictions around data quality, it does provide a means to improve settlement, potentially increasing the percentage of cross-border payments that are settled on a PvP basis and by providing a mechanism for central banks to support their domestic banks by making the use of liquidity more efficient.

[1] Although each FnPS is designed to be technically and legally interoperable with each other FnPSs, it is the system operator of each FnPS that decides which other FnPSs it will maintain a bilateral link with in order to enable PvP settlement for each currency pair.